01263 740526 Three.swallows.cley@gmail.com The Three Swallows, Newgate Green, Cley next the sea, Norfolk, NR25 7TT
Welcome to the Three Swallows… Situated in Cley-next-the-sea, the three Swallows is a traditionally themed pub offering great quality locally sourced food that is all cooked and prepared fresh on site. The pub is ideally located for those looking to visit Norfolk at any time of year be it for holiday or even a spot of twitching. We have a separate drinking lounge and dining area although food is available and served throughout. We also have en-suite detached accommodation for those looking to set roots whilst exploring this beautiful part of the Norfolk coastline. Overlooking the picturesque green, this pub is full of character, featuring two blazing fires, during the cold winter months. There is also a converted barn annex with four bedrooms and full En-Suite facilities. Dogs friendly. All rooms are non-smoking. No function room so this part of the page should be for accommodation.

Welcome to the Three swallows
Check our Large Beer Garden

Welcome to The Three swallows

Overlooking the picturesque green, this pub is full of character, featuring two blazing fires, during the cold winter months. There is also a converted barn annex with four bedrooms and full En-Suite facilities.

We offer traditional pub fayre with classics such as Lasagne, Burgers, fish, steaks and pies.
Our Menu is all prepared fresh on site each day using local suppliers.

Meal offers run from Nov to Feb (end) only. 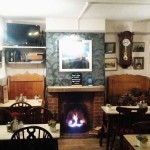 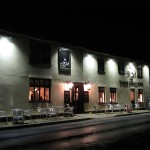 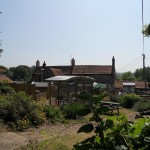 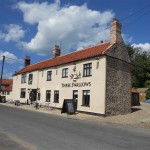 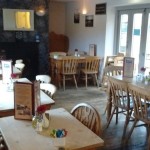 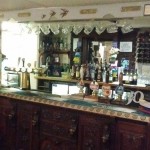 4 En-Suite Double rooms, each room has its own T.V, Hair drier, ironing board and

Tea and Coffee facilities. All our rooms have recently been refurbished.

Cley, with its long history, was once described as “a small town and port” with “sailing packets to London and Hull once a fortnight” but its importance declined when reclamation of the coastal marshes began in the seventeenth century. The river Glaven, originally tidal, is now a slow flowing river never more than 20 feet wide and largely silted up.

The sea three quarters of a mile away is kept at bay by a high shingle bank and the area between the village and sea is an expanse of part salt, part fresh marshland, with its unique bird and plant life. Cley was the first Nature reserve in the country, starting a national movement of forty seven Wildlife Trusts and over 2,000 nature reserves.